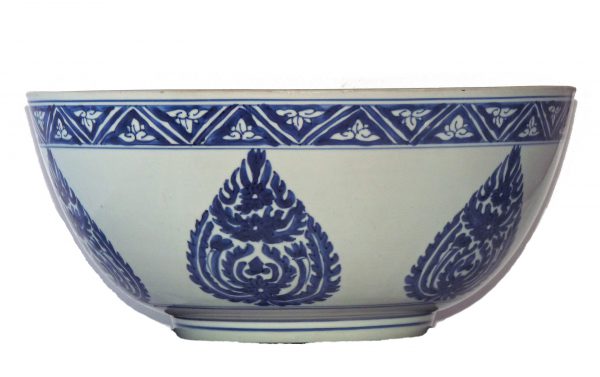 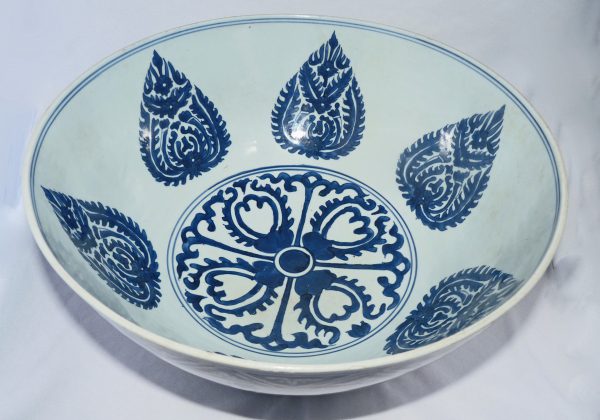 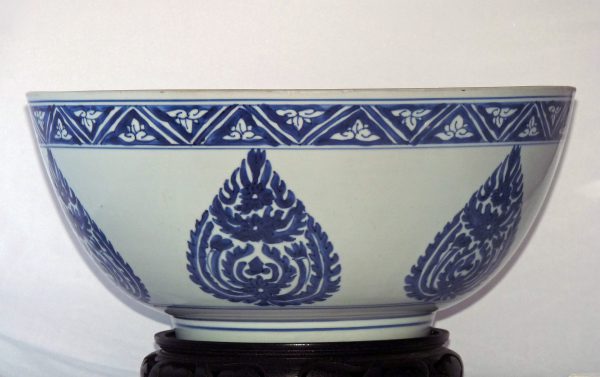 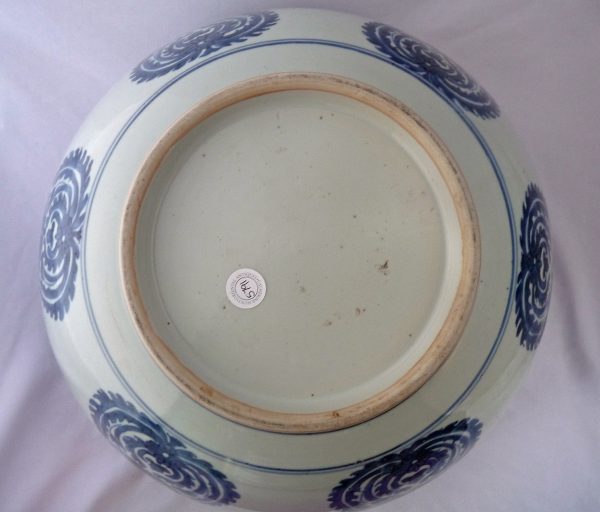 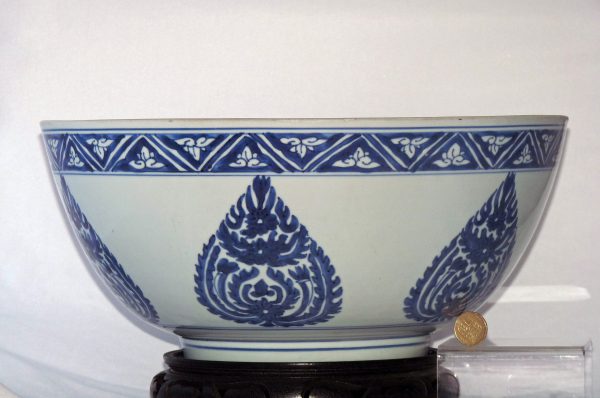 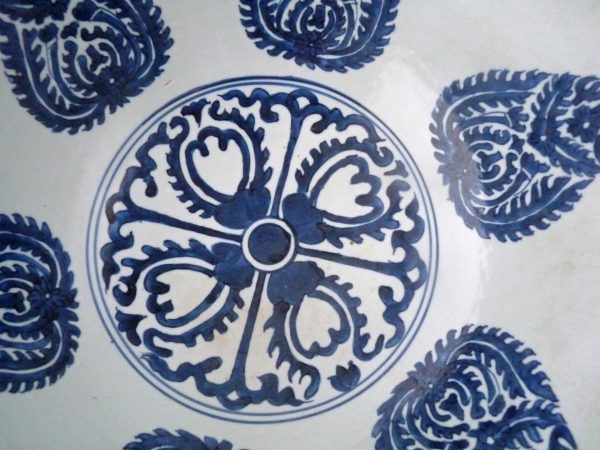 Ming porcelain blue and white large bowl made at Jingdezhen for the Islamic /Buddhist market. Sixteenth Century c1580 – made during the reign of the Emperor Wanli . Painted to the outside and inside with leaf shaped panels of stylised lotus flowers below a band of a geometric design. The base to the inside is painted with a large stylised flower. The lotus flower was seen as growing from mud but blooms white it is associated with purity and beauty and is the emblem of summer as that is when the blooms are at their peak. The size of the bowl makes potting difficult without warping but this is excellently potted with a very good colour and in good condition