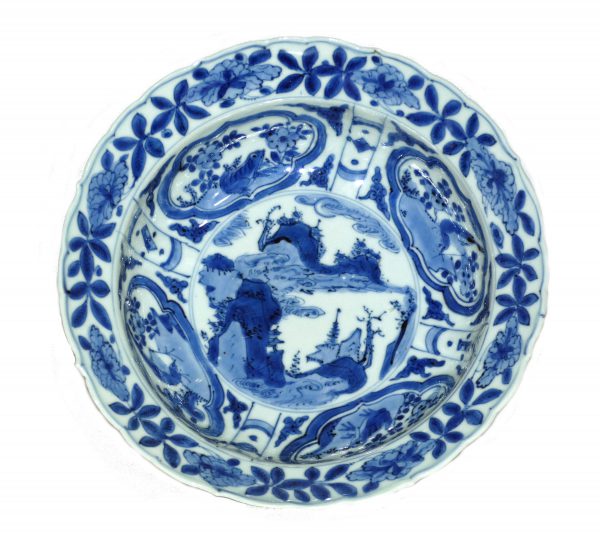 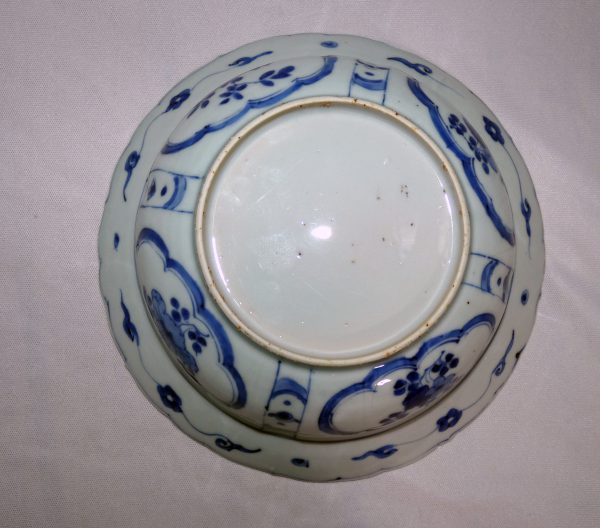 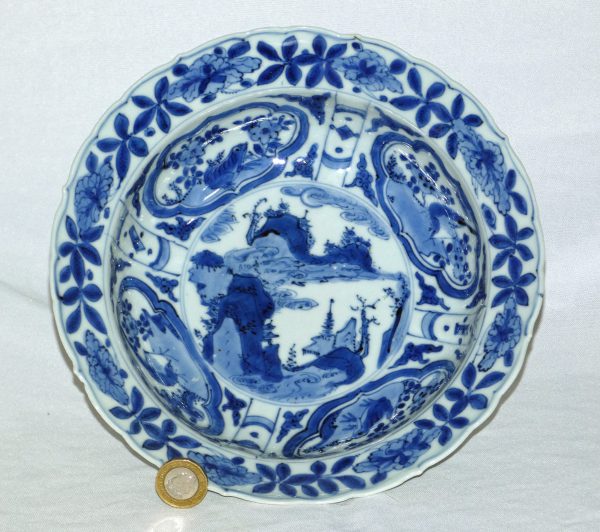 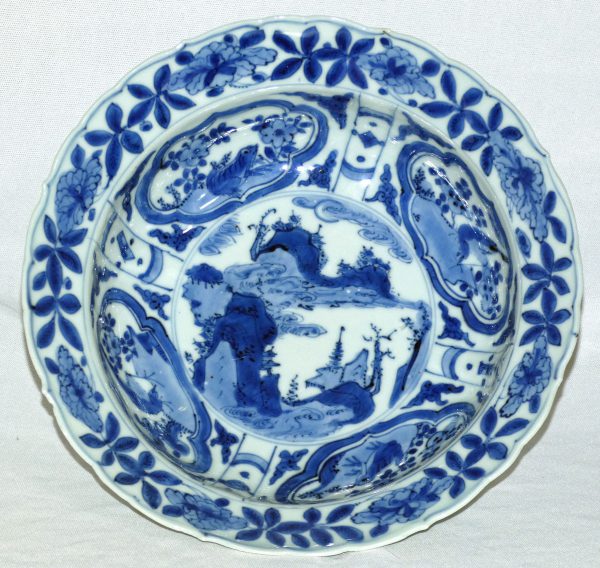 Chinese Blue and White Kraak Dish made during the reign of the Emperor Wanli (1573-1619) made at the end of the 16th century or very early 17th century at the kilns at Jingdezhen for export to Europe with the Dutch East India Company. An unusual decoration for Kraak as it is more in the Chinese taste this is due to the piece being earlier rather later kraak. The scene is one that could be classified as Master of The Rocks Type as it shows a rocky promontory river landscape with pine trees and mountains. The bowl is lightly molded to the sides with shaped panels which are outlined in blue and painted to the interior with birds and frogs with flowers. the panels are separated by small patterned panels. The large panels to the outside are painted with auspicious flowers including, peach, camellia and prunus. The cavetto is painted with scrolling flowering lotus. The rim is shaped with small barbed pinnacles For similar see Kraak Porcelain A Moment in the History of trade by Maura Rinaldi pages 123/4 plates 131 and 132 Excellent colour and size being that bit bigger than many.