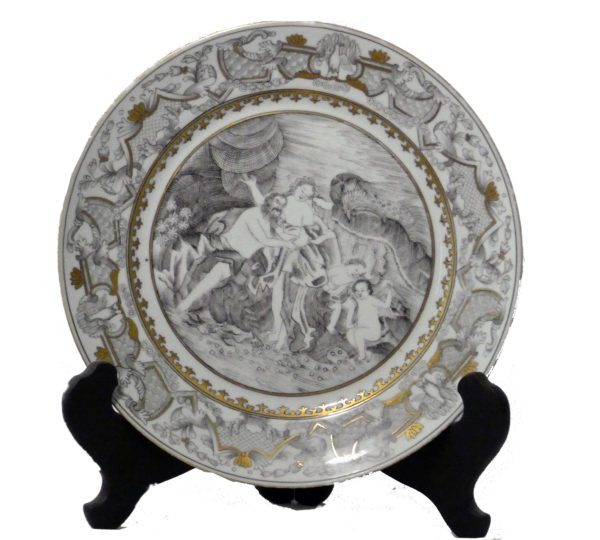 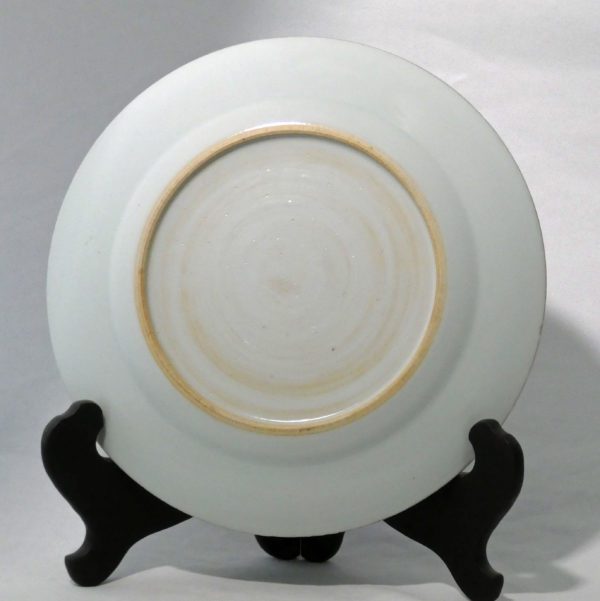 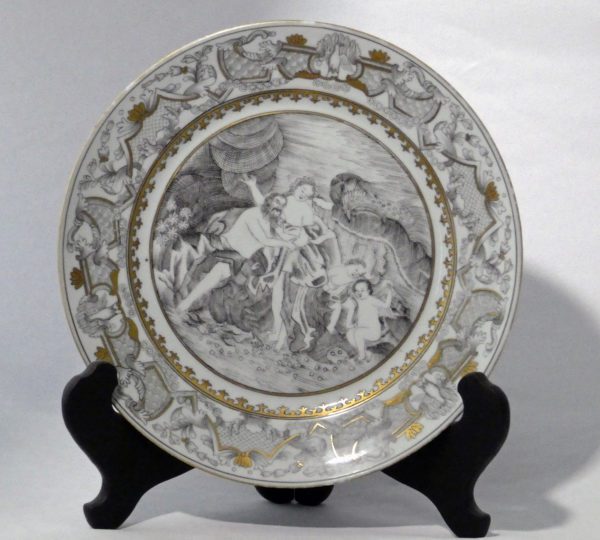 Encre de chine or en grisaille plate made at the end of the reign of the Emperor Yongzheng or the start of Qianlong’s reign was made for export to Europe.  Although painted in various shades and lines of grey and black it is heightened with gilt which was also applied in China

The intricate decoration to the centre is expertly painted using the lines and shading that would have been copied from the black and white etchings or prints carried by the early merchants to China. The painting possibly shows a scene from Susanna and the Elders although it is difficult to be certain.

The plate would have had at least three firings before being completed and this final firing has caused a small piece of grit to become loose and leave the body despite having been painted on.  This tiny bit to the side of the centre has been wonderfully restored so it is all but invisible.  I do have the original photo to show the firing flaw

To read more about this type of decoration see  cathy-hunt.co.uk/jesuit-influence-on-porcelain-en-grisaille-decoration