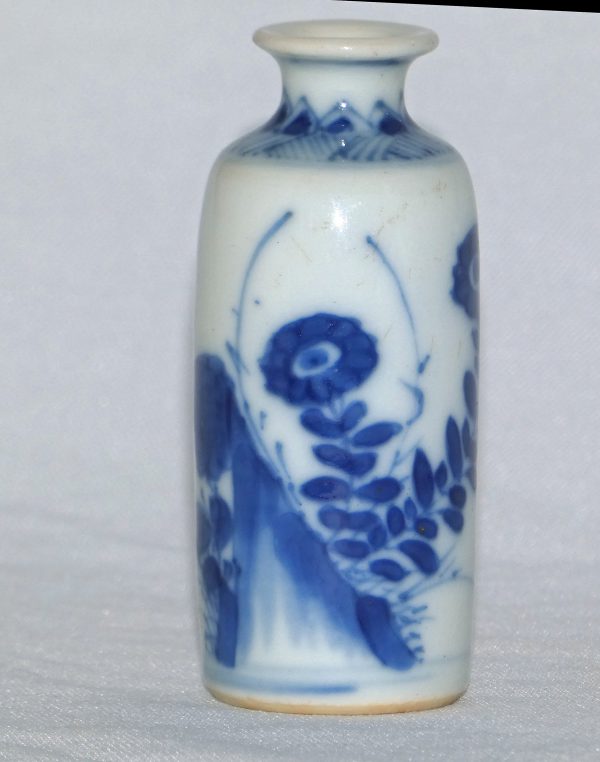 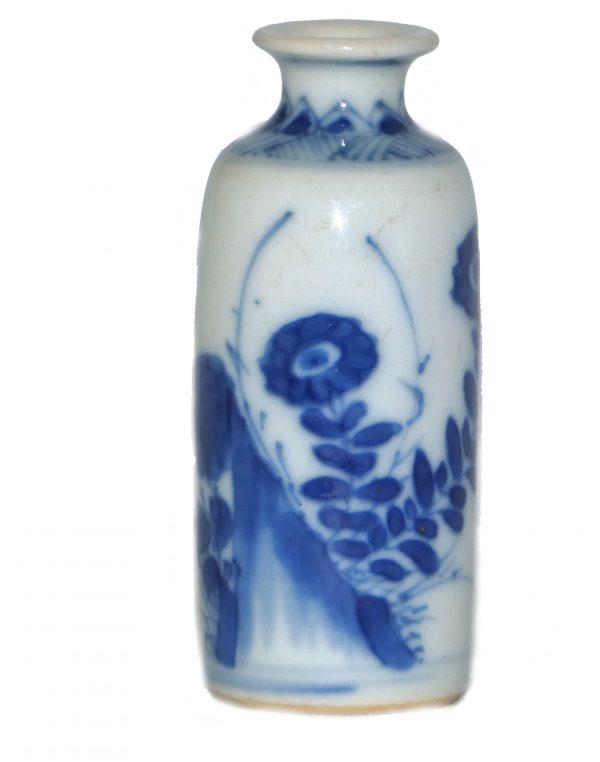 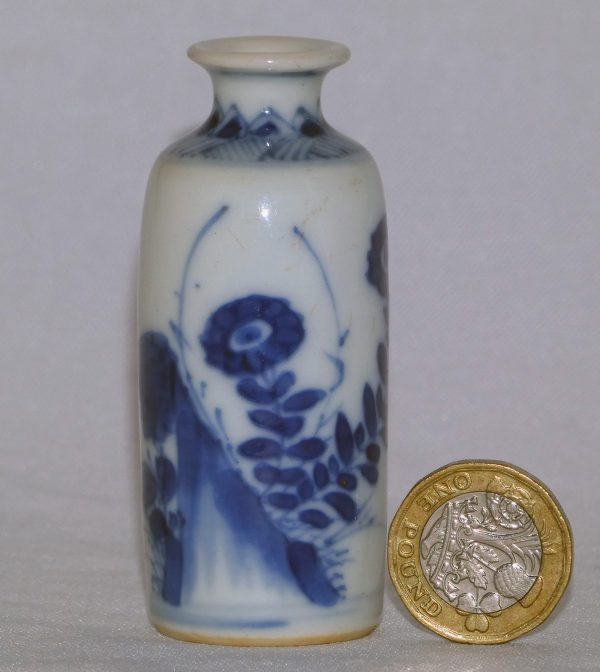 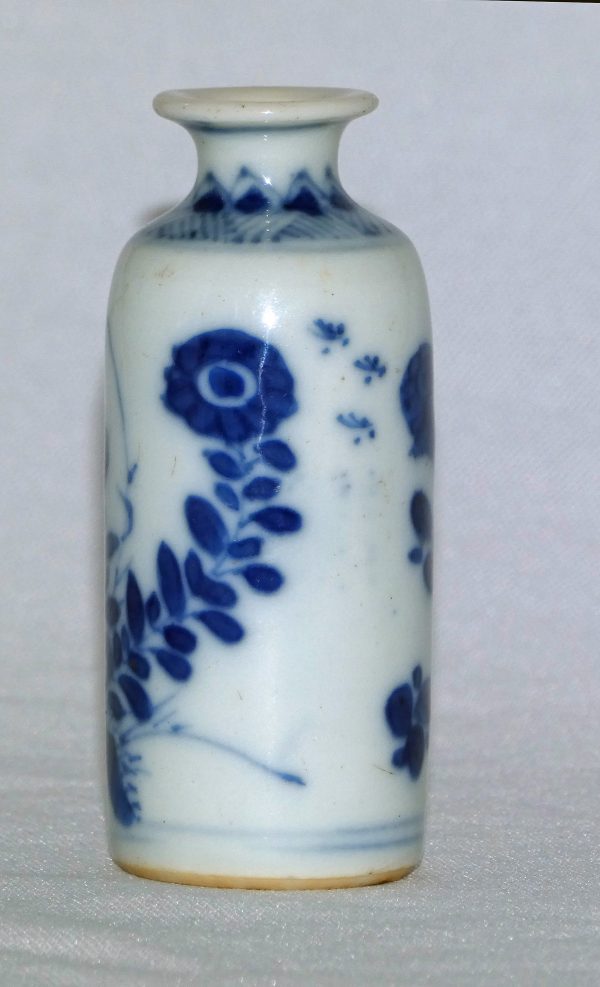 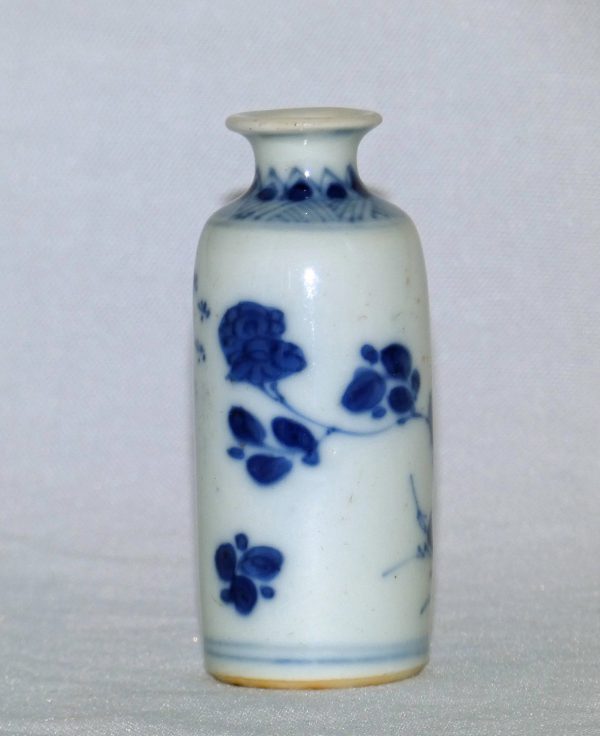 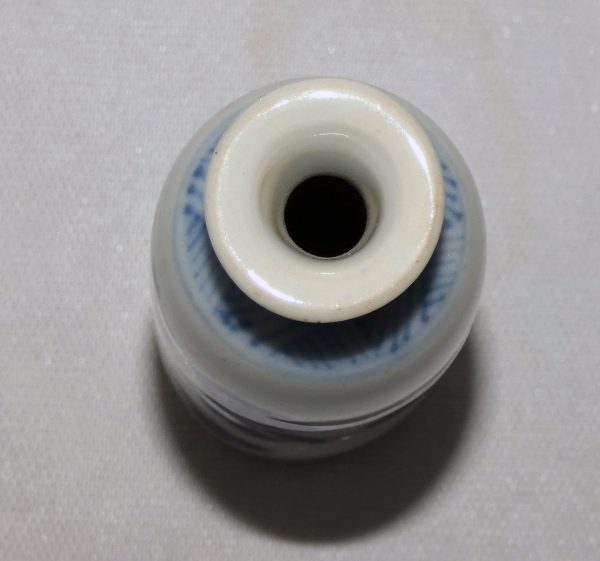 Chinese early 18th century Blue and White porcelain miniature Rouleau vase made during the reign of the Emperor Kangxi at the kilns at Jingdezhen for export to Europe. Small vases like this were brought across as the merchants samples and were used to show would be buyers the shapes, patterns and colours that could be made. Once they were no longer needed they became toys or Dolls house furniture or in cylindrical vases some became snuff bottles. To make paint and glaze on such a small scale was incredibly difficult and they are always of the highest quality Painted to show flowering peony / sunflower, rock work and insects