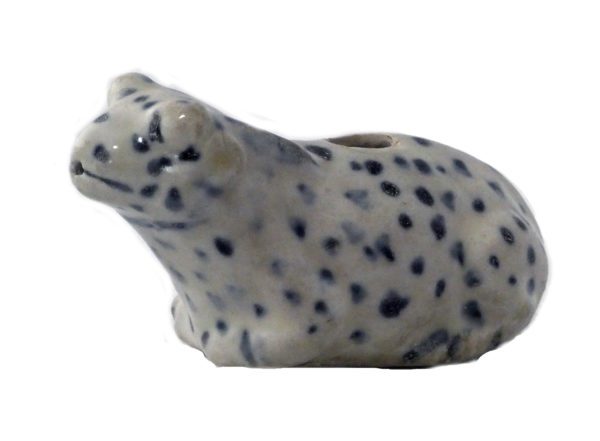 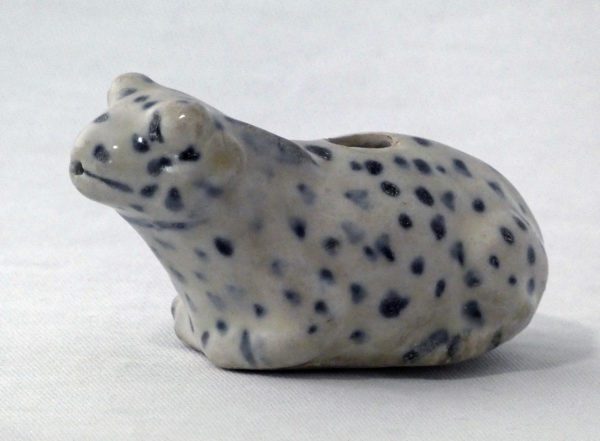 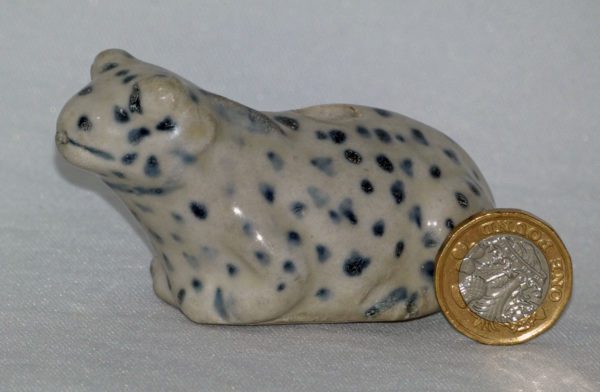 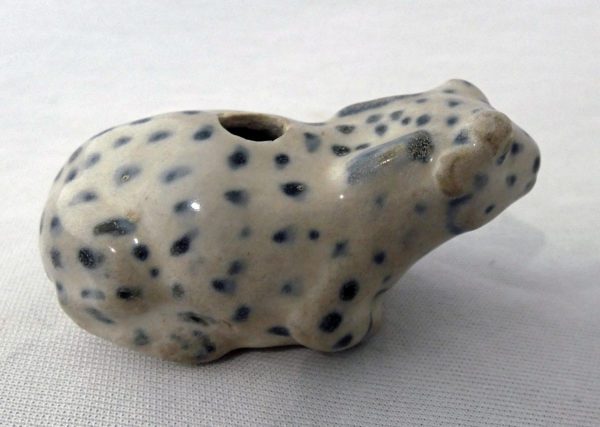 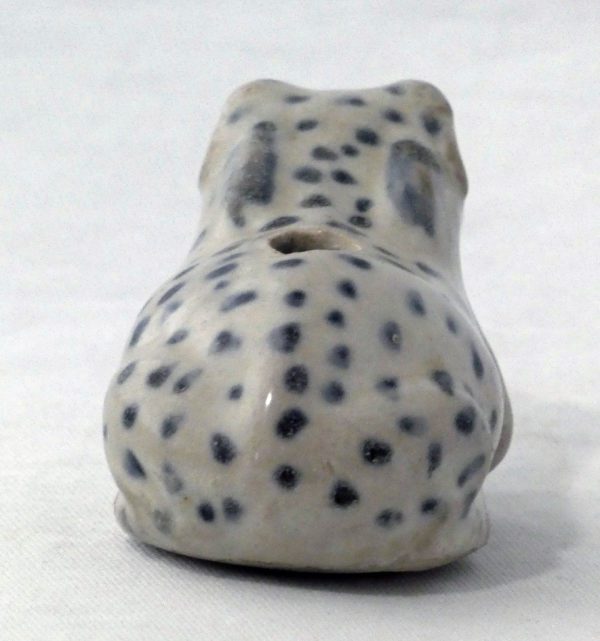 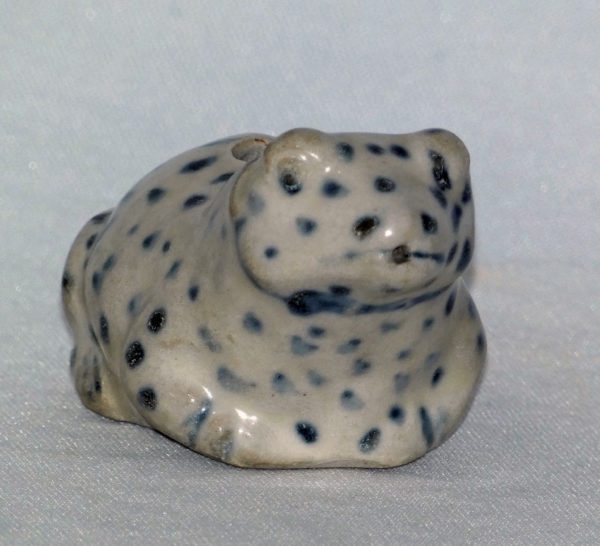 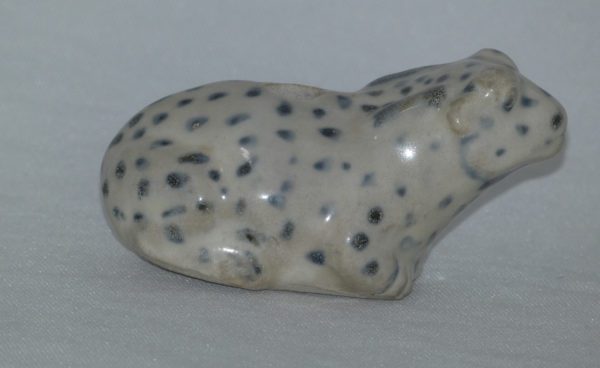 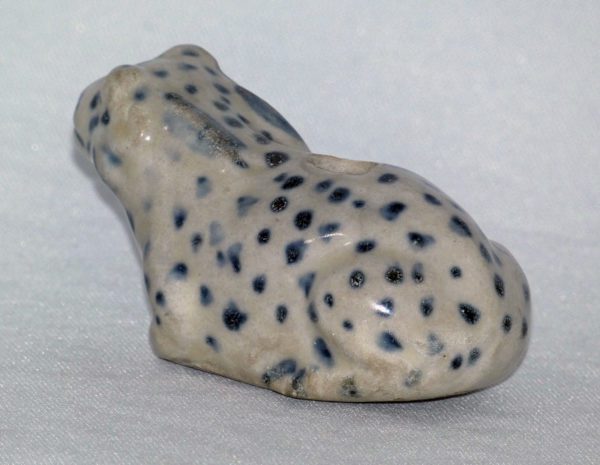 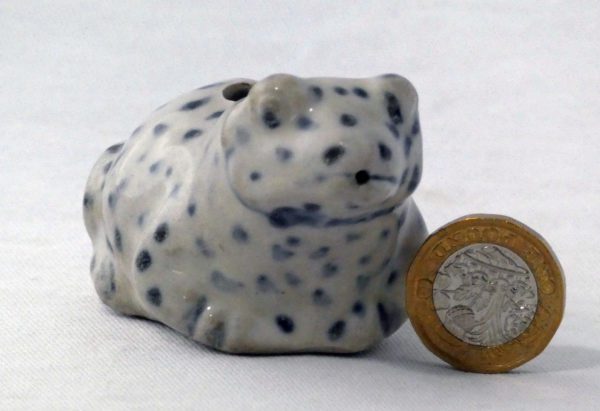 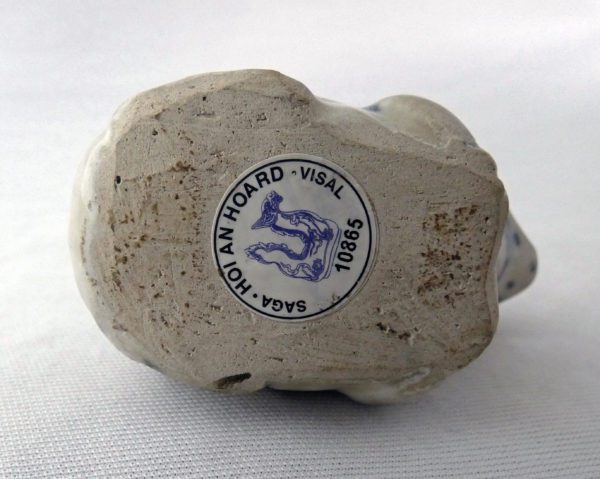 A piece from the Hoi an Hoard cargo which sank c1485 in the Hoi an Delta.  this pieces painted in underglaze blue is modelled as a toad / frog.  Today this is in Viet Nam during the Ming Dynasty at this time it was part of the Chinese Empire

This water dropper is well modelled and shows a characterful toad.  the water obviously went in through the hole on the back and dripped through the hole where the mouth is.  The Toad appears to have  quizzical look and is very appealing.

The cargo was being carried on a sea faring junk that archaeology concluded was over loaded and sailing at the end of the season for such trading vessels.  The junk had been known about by modern day fishermen who would bring pieces of it up periodically in their nets.  it was properly salvaged and recorded by Oxford University Marine Archaeology faculty and subsequently sild through Butterfields in San Francisco.

There is minor abrasive damage to the lumps above the one eye but otherwise in excellent condition.  Hoi an Delta has much deltaic silt on the river bed so the brackish water was not able to attack the glaze as in later cargoes.