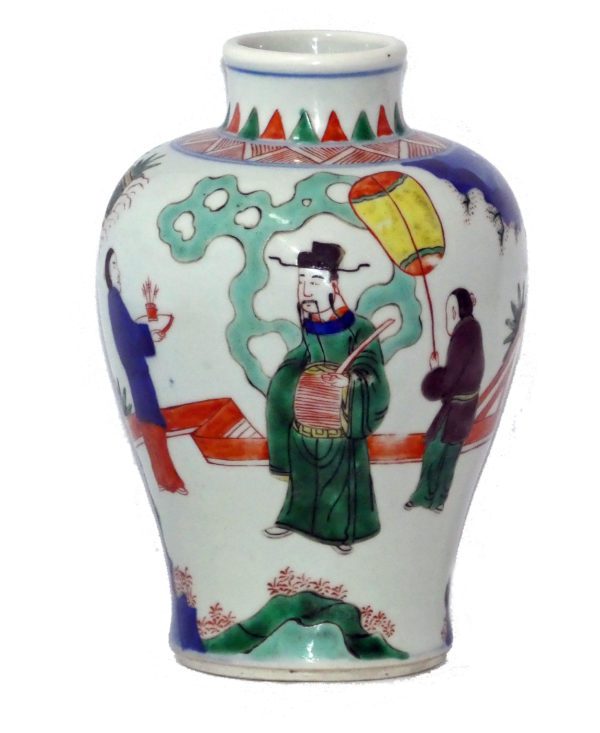 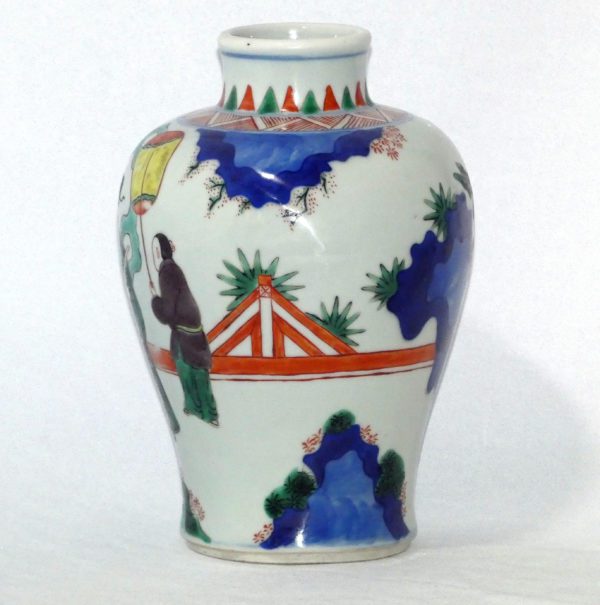 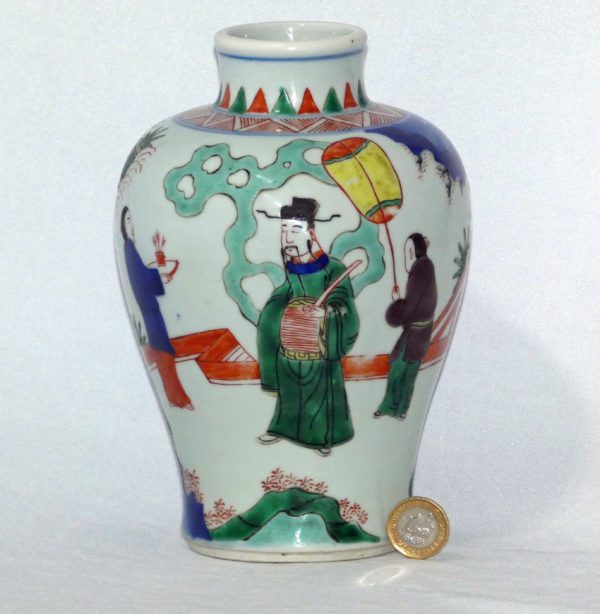 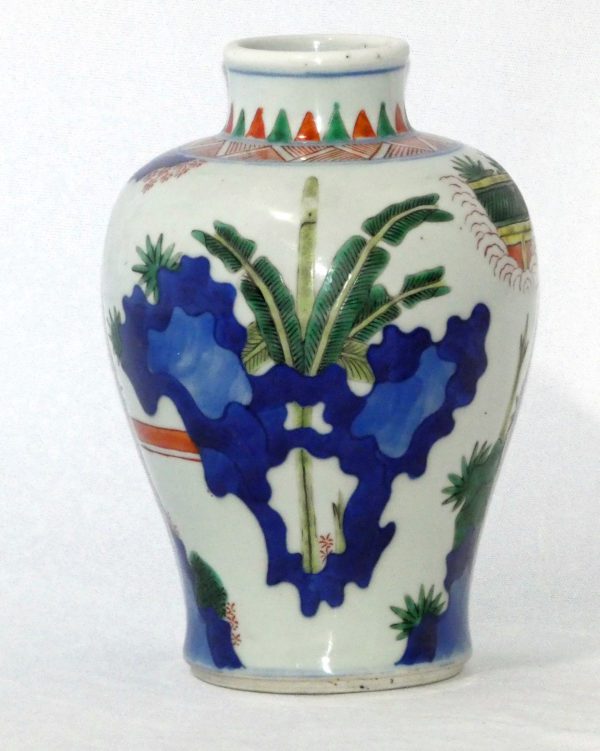 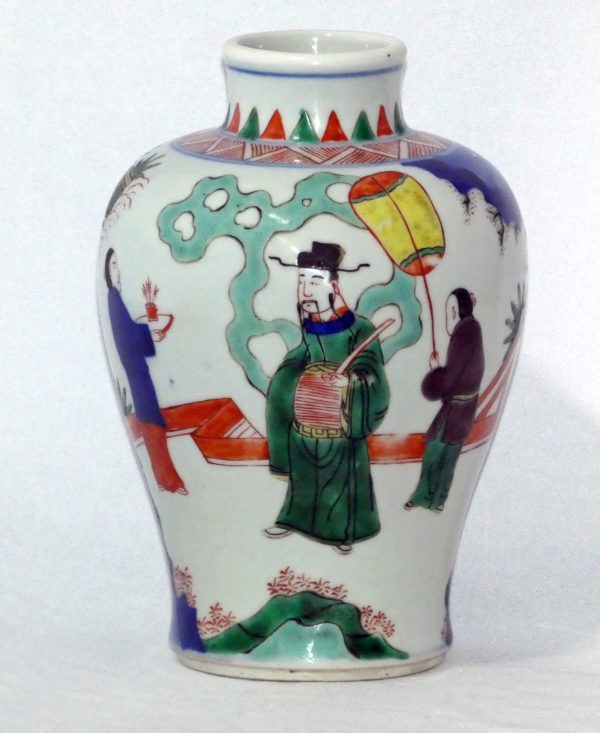 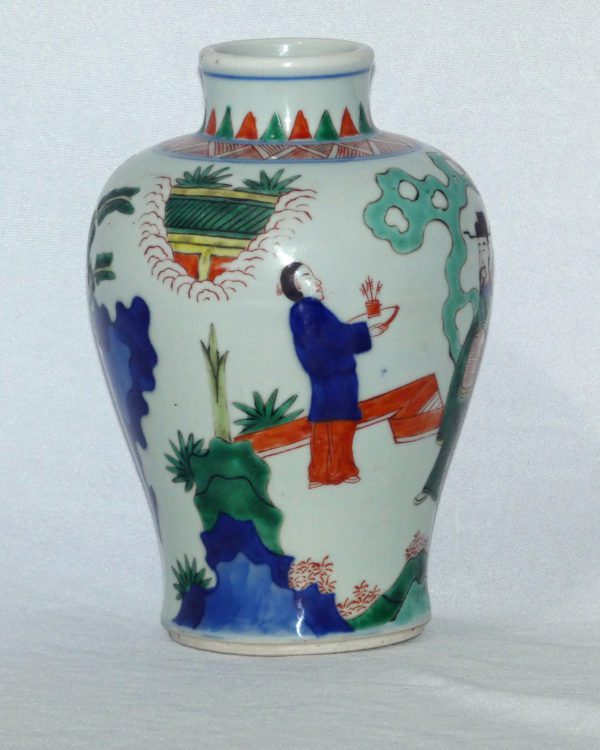 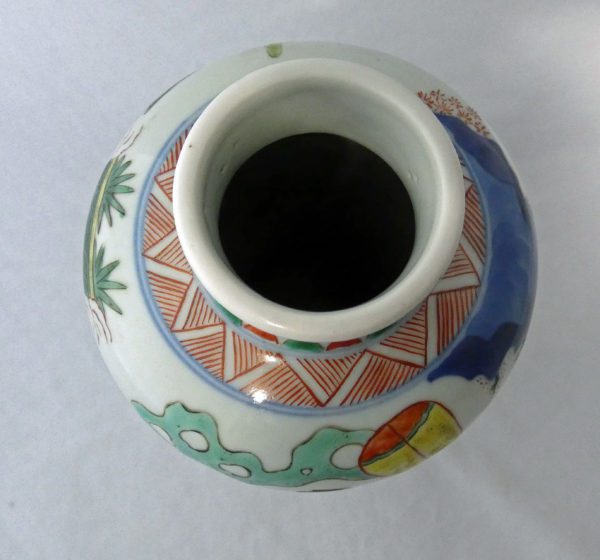 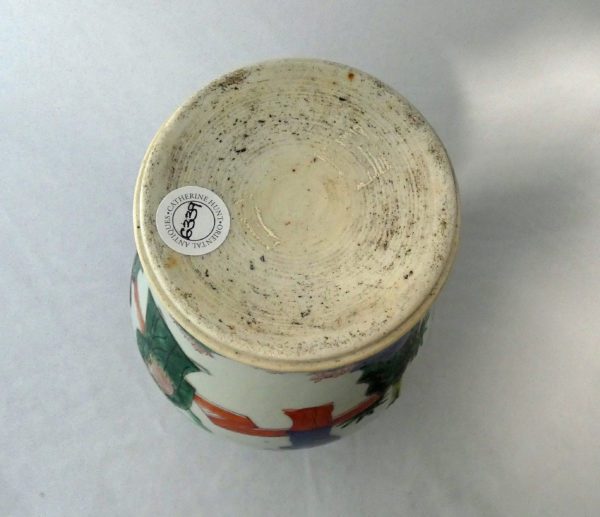 Shunzhi – 1644-1661 – wucai meiping transitional Chinese  porcelain from the mid 17th century.  Made at Jingdezhen during the reign of the first Qing Emperor; the Emperor Shunzhi.

Decorated with over glaze enamels tp show a court official (distinguished by his hat) with two attendants.  The official is also carrying an official baton to show his rank and being covered by a large fan carried by one of the attendants.

In the hands of the other attendant is a vessel with ritual items belonging to the court official.

the scene is in a garden with a large hollow rock , plantains and grasses.  Above the figures is a cartouche in the sky which represents a wish or dream, this shows the walls around the imperial palace.

From a private UK collector