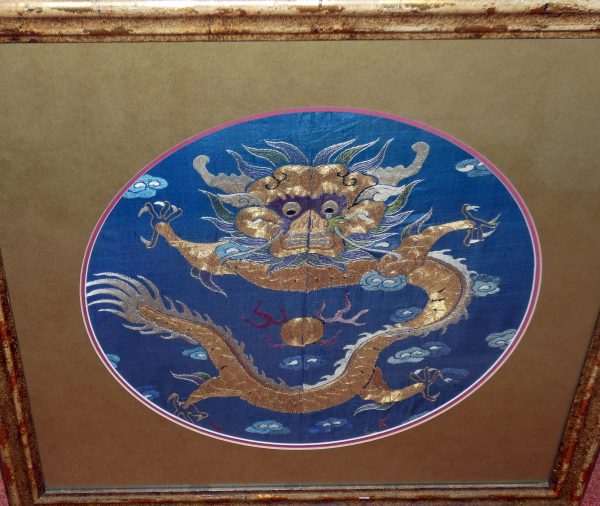 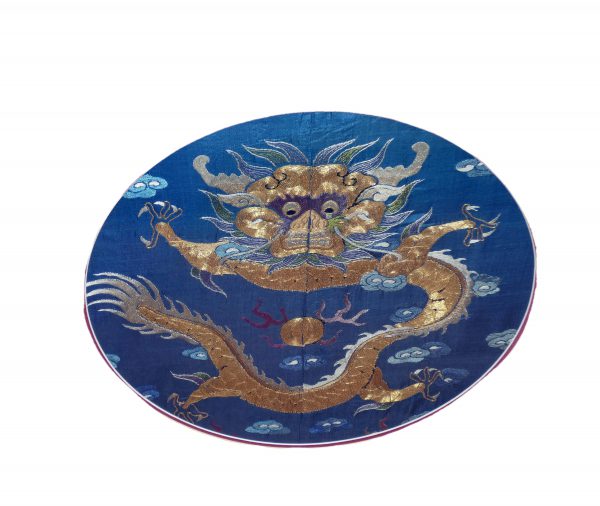 Silk panel from a Chinese early 19th century Dragon robe for a 4th Rank Mandarin at the Imperial court. Embroidered on satin dark blue silk in predominately gilt thread to show a 4 toed full faced dragon with the flaming pearl to the centre of his coils. the dragon is surrounded by ruyi headed clouds. The dragon’s tail and spikes are in silvery white silk thread. The clouds are in blue and white thread the dragon was said to be made of nine different animals, the head of a camel, (some say horse), eyes of a hare, ears of an ox/buffalo, body of a silk worm, scales of a carp, claws of an eagle, paws of a tiger, tail of a snake. Various variations of nine animals do occur. Excellent panel and colour all conserved and framed From a private collection