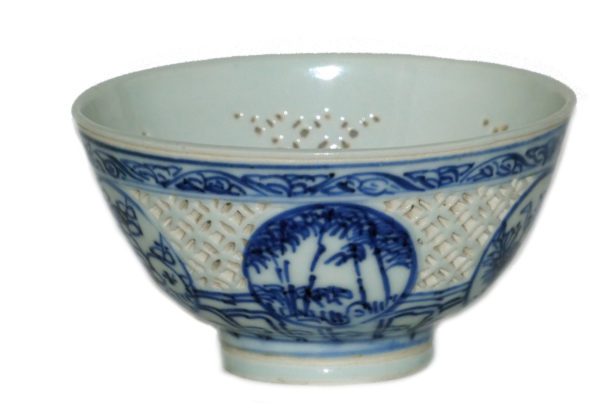 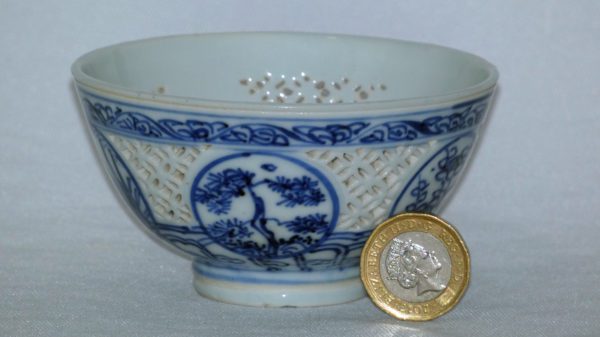 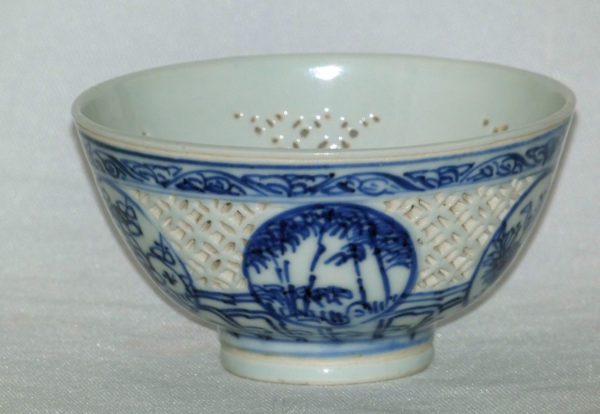 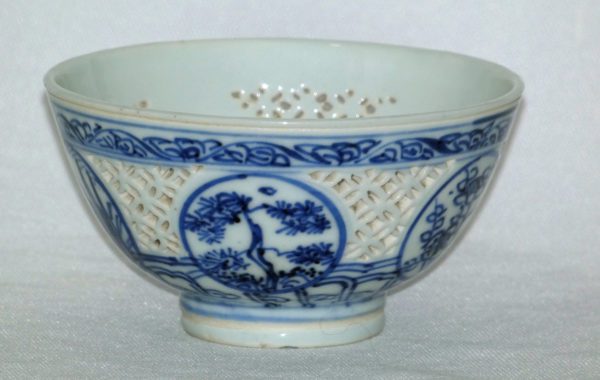 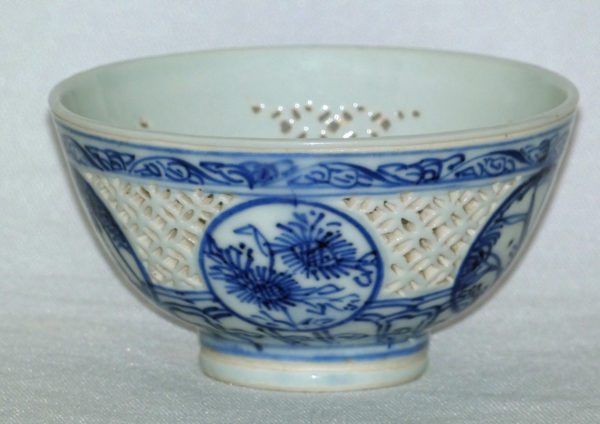 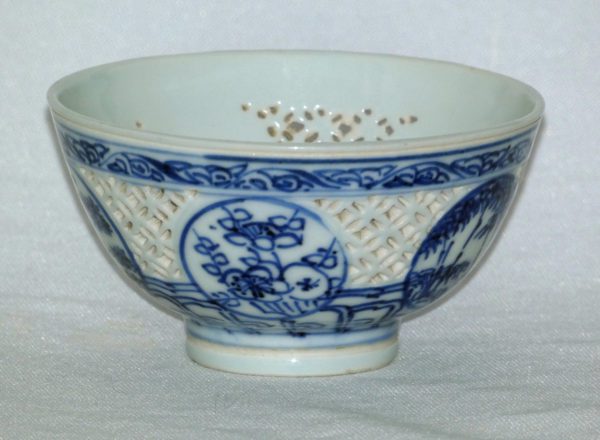 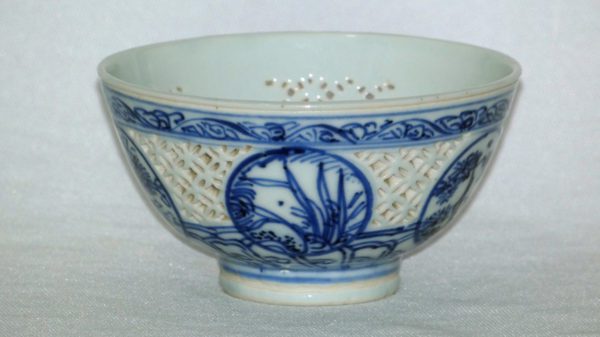 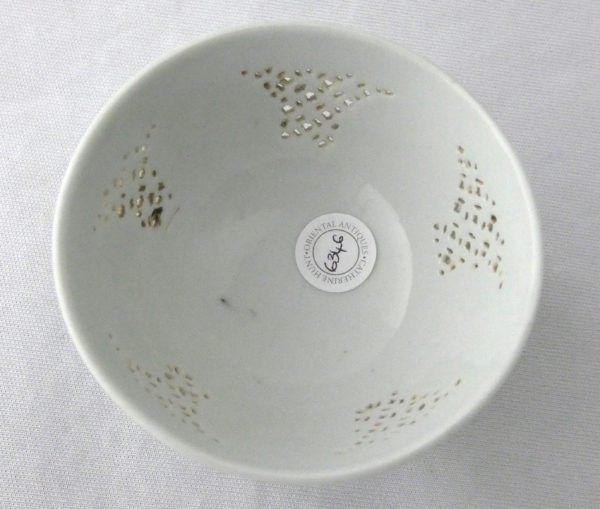 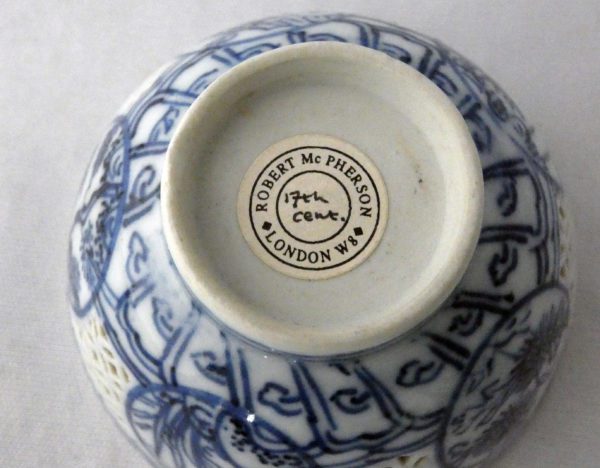 The bowl is similar to those that were salvaged in the Hatcher cargo which had sunk c1642.

The sides are painted with five roundels of flowers or trees and separated by a reticulated body, this type of reticulation is often called ‘devils work’ or more correctly ‘linglong’  The cut away design is also known as the cash design as it represents the pattern found on Chinese coins of the period.

Below the top rim is a stylised wave pattern and around the base are shaped cells.

very small chip to the inside of the foot rim